We’ve been struggling to find a word to describe the new wooden structure in the garden – shed, cabin, chalet, hut etc ??? At the moment ‘shelter’ feels best and corresponds neatly with abri in French. If you have other suggestions they would be welcome….

In any event the basic structure of the shelter/abri is now complete and can be seen here. It will be fitted out before the start of the next pilgrim season in April. (Click on the photos to enlarge them.) 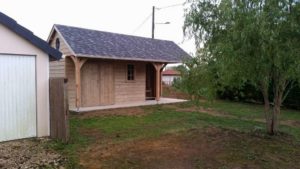 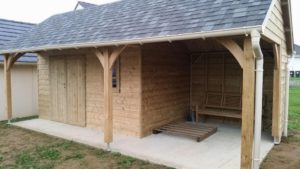 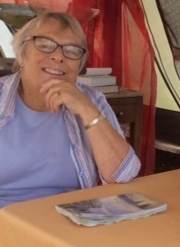